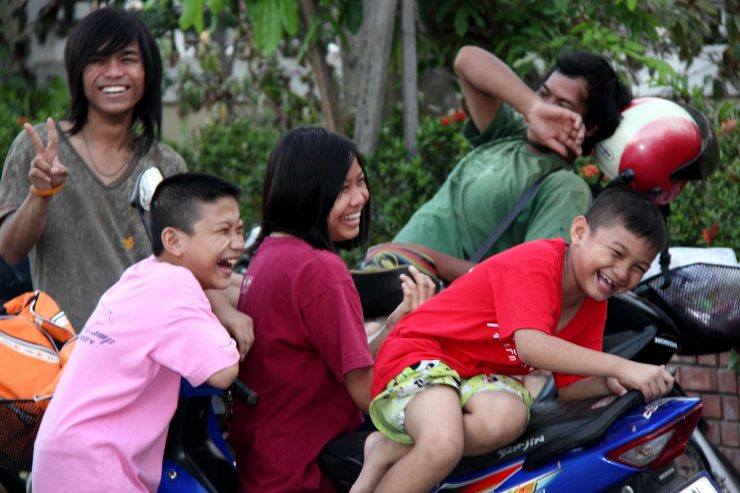 My latest two surprises when running a recent Laughter session

Yesterday I worked with a delightful group of very highly skilled consultants in the health profession.  And I was surprised.  (To be fair, I’m often surprised when I run Laughter Yoga sessions, so I have kind of come to expect it nowadays – often I walk into a room and think; “what’s going to amaze me today?”)

OK, so off I went to deliver a morning session of Stress Management and Laughter Yoga.  I was shown into a tiny room – so small it was going to be a real squeeze to get 20+ people inside.  Tables had to be moved out.  Chairs had to be stacked.  I ended up, up a corner, squeezed against my flipchart.  But this wasn’t the surprise.

People came in – very intelligent looking individuals (if there is such a thing as intelligent-looking, let’s say they looked exactly what you’d expect from top hospital consultants, driven, reflective, very smart).  But this wasn’t the surprise.

One consultant sat at the rear of the room, she said she was unable to take part.  So she perched on a table and took notes throughout the session.  (She was part of the surprise, but you’re going to have to wait to find out why… just like I had to wait!).

Surprise #1 – Not that top health professionals are stressed – but that they don’t understand how to manage it!

I began the session when everyone was in the room.  And here started the surprise.  My Stress-Management session is where I explain what stress is, bust some myths and get people talking about stress.  I had thought this was going to be very short and quietest part – after all these are health professionals at the top of their game. I was preaching to the choir*.  But it ended up being the most lively ever.  We all know that our amazing NHS professionals are stressed, however the surprising part is that they spend so little time considering the affects of stress upon themselves.  And believe me, they do need to!

Thanks to the teeny tiny room and the vast number of people, I had to keep the Laughter Yoga session quite steady.  I was also very aware of the lack of windows and how hot it would become.   So we did a variety of seated Laughter Yoga exercises, as well as some movement.  Finally everyone lay down on the floor to do a Laughter Carpet.  (That was surprise #1.5 – that we could fit everyone on the smallest of floor space).   But my opted-out consultant decided to stay opted out, sitting at the back of the room, taking notes.

The session went brilliantly, with some fabulous feedback, and I followed it up with a workshop about how to get more laughter into the hospital, staff and patients.  Some exciting and innovative ideas came forward, including a “Chuckle Corner” for staff, Laughter Buddies and building Laughter Yoga into Mindfulness sessions.

A little time after the workshop had dispersed, and I was on my hands and knees collecting my flip-chart markers from under a stack of chairs, the opted-out consultant returned to the room. She wanted to explain why she hadn’t been part of the Laughter session… she told me it was because she thought Laughter Yoga was religious because of the “yoga” word.   I was amazed!  Now I had heard of people who think this is the case, but never actually met one before.  So we had a delightful chat about how Laughter Yoga is totally secular.  Not Eastern, nor Western – but totally worldly and earthly.  Simply an exercise that is wonderful for mind and body.

I explained that even though we use the word Yoga, that simply means the “link” – the joining between breath and laughter.

I knew she had got it when she asked “why don’t you just call it something else”?    “After all”, she said: “You aren’t actually doing anything in this session that I am opposed to”

My plan, when next invited back to this hospital will be simply to call it Laughter. She said she’ll participate on that basis. We had a quick one-to-one practice session of “Just Laughter” – and she has a lovely laugh that I look forward to hearing more of.

*See above, Laughter Yoga really is non-religious.  There were no choirs involved. Nor preaching for that matter.